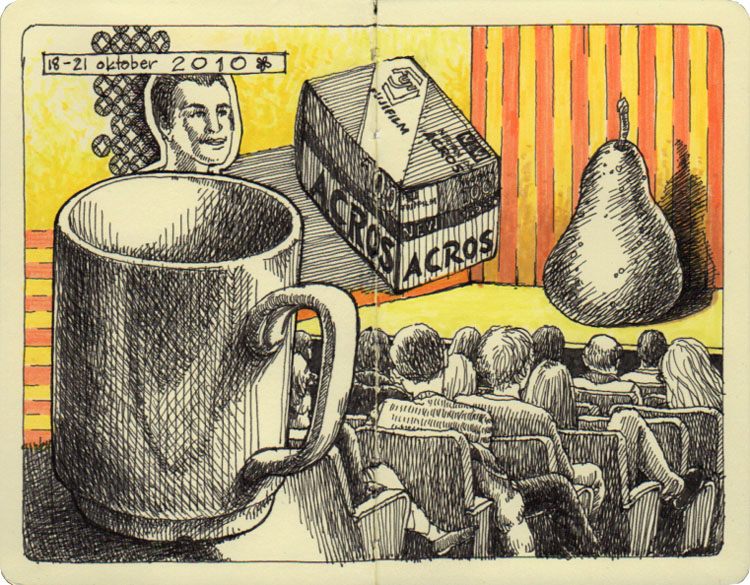 I have been a little short of time for drawing lately, and figured I had to change my drawing habits a bit to make things easier. I tend to want to finish a drawing or a sketchbook page once I´ve started it, which I don´t always have time for. So I decided to get myself a smaller sketchbook and some other pens than the usual ones, just to spice things up a bit, and loose the feeling of having too little time. I don´t need to draw for long, I´d rather draw for just ten minutes a day than two hours every second week.

The new drawing companion is a small Moleskine sketchbook. I don´t really fancy the paper in these, but for ink, coloured pencils and pens it´s ok. The pens I´m using (for now) are my old Faber-Castell TG1-S technical pens. I thought they would be dead by now, since I left them with ink inside a year or so back, but the 0.35 mm pen was still ok, and the 0.25 woke up after two days of persuation. I have yet to find the 0.50…

This first spread was drawn during four days, mainly at work, during a coffee break or two, a gathering in the assembly-hall, and a few minutes here and there. I´ll try to keep this more relaxed drawing habit going as often as I can for a while, plus I will spend a few more weekend hours drawing at Slussen in Stockholm, before it gets too cold.