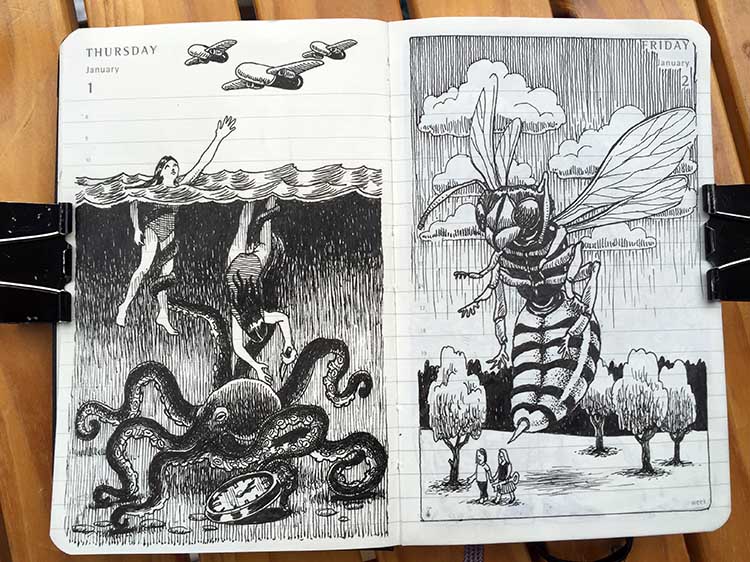 On the 1st of January, I started a new year-long project – to sketch from imagination every day. I feel like I haven´t used my imagination for years and years, and find it difficult to think up things to draw that aren´t made from observation. 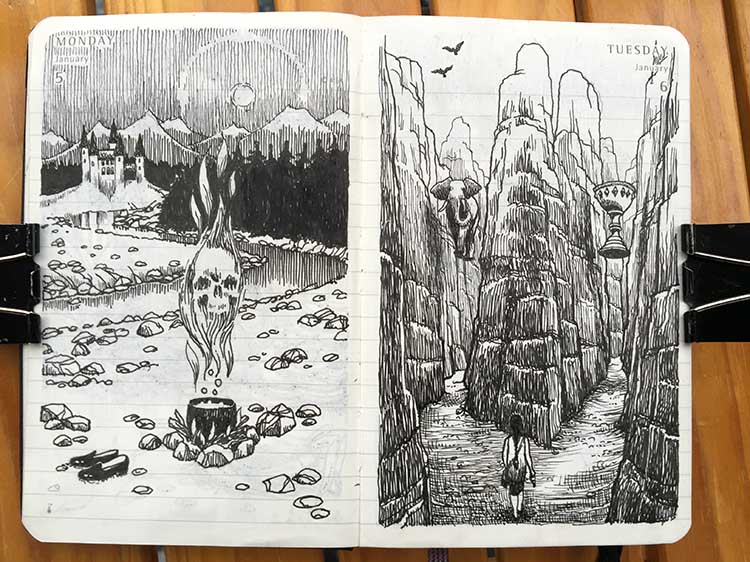 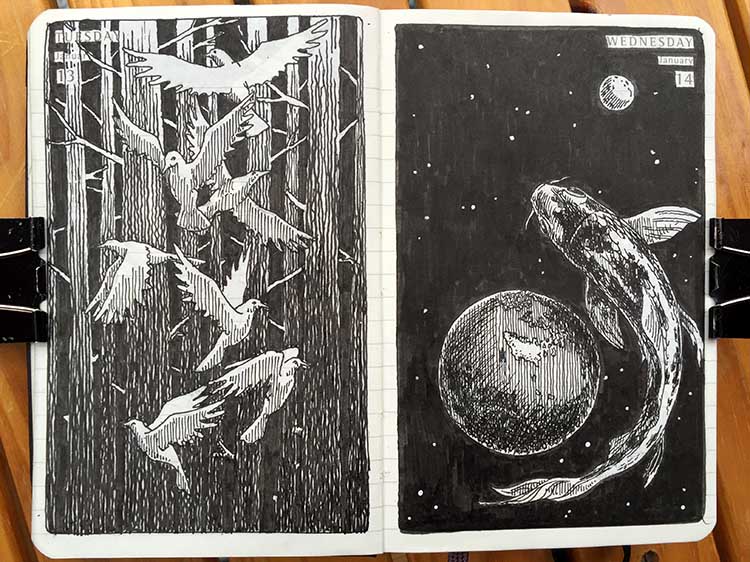 The first few weeks I had a hard time coming up with ideas for these drawings, so I decided to take some help from the Rory´s Story Cubes – a bunch of dice with different symbols on, to help make up stories. These dice are available in physical form, but it would be a hazzle to carry them around, so I went for the digital app. (And that´s all I´m going to say about Rory´s dice, I have no association to them whatsoever, they´re just a good help in this little project.) 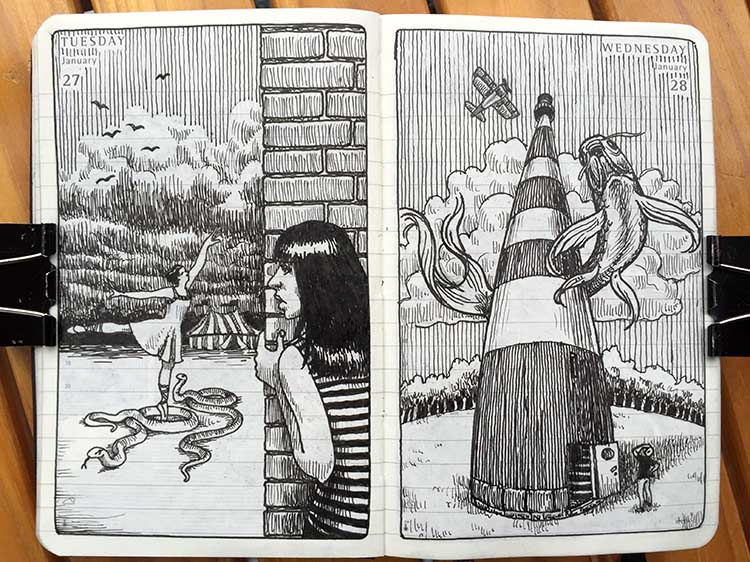 As the days have passed, I´m finding it easier to come up with ideas, I´m beginning to find inspiration almost everywhere, so I´m using the dice less and less. 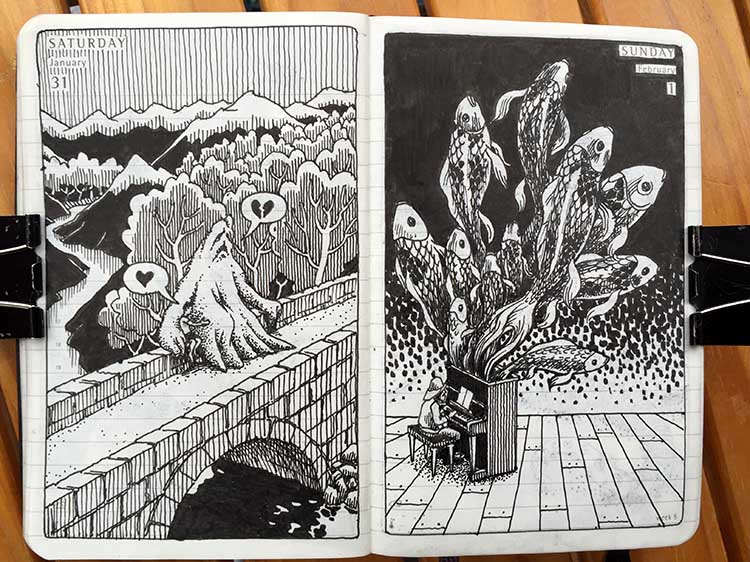 I do occasionally look at reference photos for some subjects, simply because I don´t know how many wings a wasp actually has, or how the horns are positioned on a rhinoscerous. But I have given myself a rule about this, since I hate using photos to draw from – especially other people´s photos, it makes me feel like cheating: If I need them, I look at at least 20 photos and then try to draw the subject from a different angle than any of them. And quite frankly, I am happy that  I have drawn so much from observation, because it has really expanded my understanding of how to render 3D-objects on a 2D-surface. The thought “I wonder how this would look from underneath?” isn´t so madly difficult to try out, even if it still looks a bit stiff sometimes. 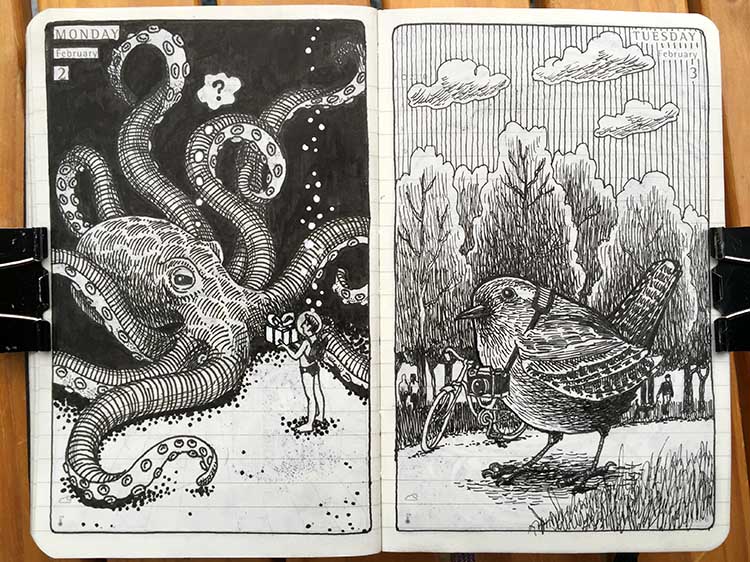 If you feel like following this project during 2015, all the images are posted here: http://bogglemymind.tumblr.com.