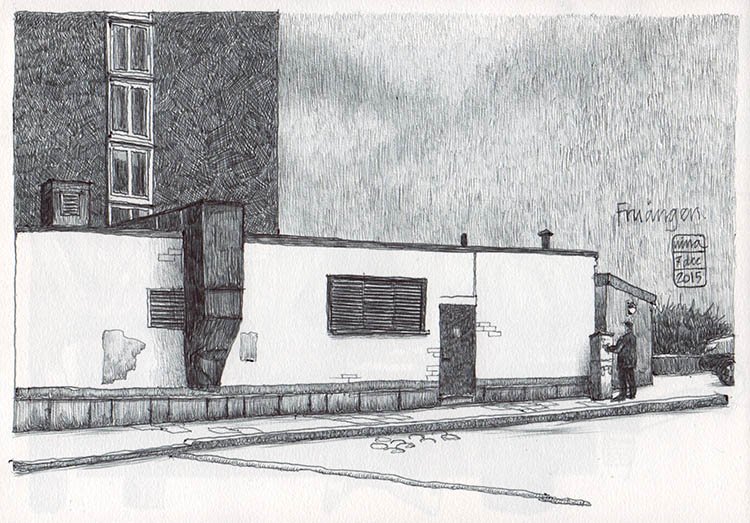 Sometimes commuting to work can be a bit tedious. However, a Bic pen and a sketchbook is all it takes to make things a lot more interesting. Spending some time looking intensely at those ordinary, bland, everyday places that i usually turn a blind eye to, always makes me appreciate them. If this building was to be demolished in the general construction craze of Stockholm, I´d miss it sorely, now that I´ve drawn it. It´s part of my collection now, and I´d at least expect them to ask me first, before they decide to get rid of it. That´s a reasonable expectation, isn´t it? 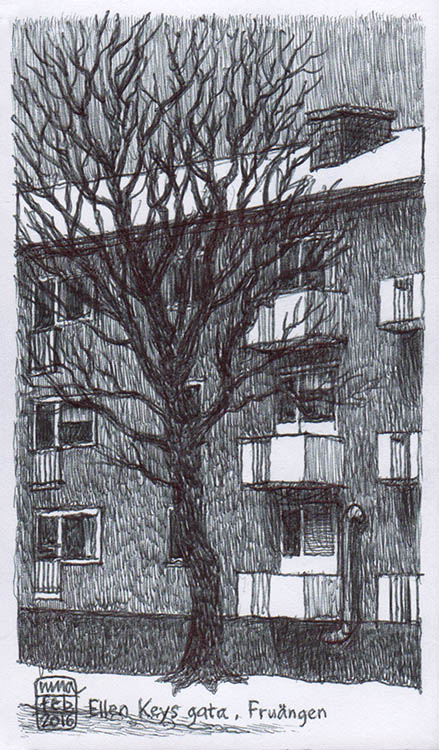 Very close to the place in the top drawing, I´ve been watching these apartment buildings while waiting for a bus on my way to work. I see people waking up in there, turning on the lights during the dark months, maybe opening a balcony door in springtime. I´ve been thinking I should leave home earlier to get a chance to draw here, but being the most tired person in the universe in the mornings, this is not a very convincing thought. Instead, I brought said Bic pen, and drew six-seven minutes a day, for four winter days, filling in some shades on the bus.

I quite like it, it doesn´t take many minutes a day to make a decent sketch, and my fingers don´t freeze in such a short time. And I don´t have to get up earlier for it. A possible habit in the making. 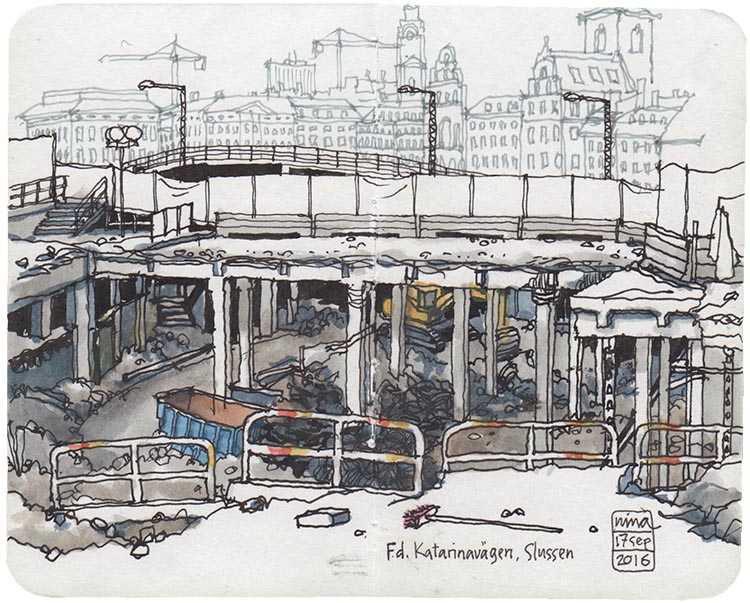