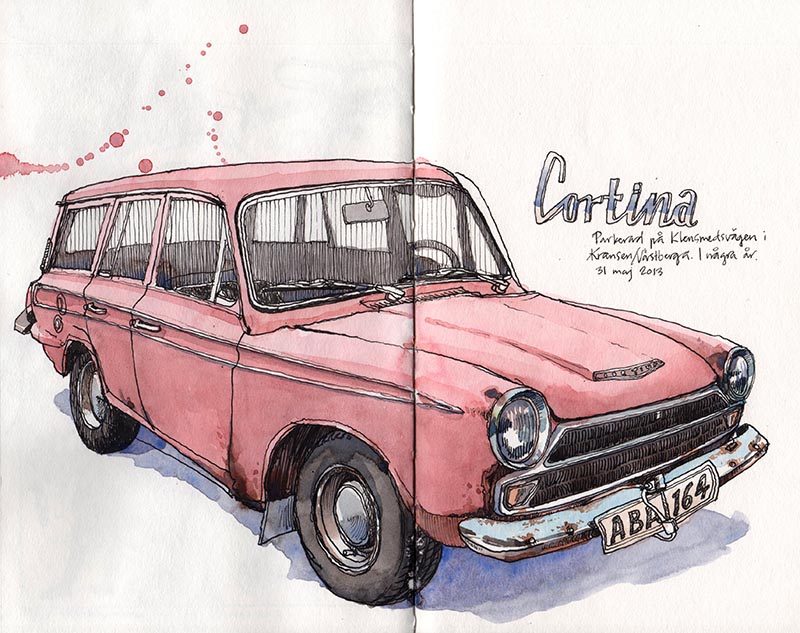 Encouraged by my quick chaotic sketch of the Renault the other day, I decided to try my hand at another oldie not too far from where we live. This Cortina seems to be eternally parked in the street, I have been cycling past it going to work for several years. I´m sure it was red at some point in time, but now it is that charming matte pink that only too much sun and neglect can give a red car.

I probably spent over an hour on this one, but wise from the Renault, I started out trying to hurry the initial lines (without holding an umbrella) to establish the proportions, and I think it worked. Once I got it roughly on the page, I could start nerding in on details and paint. Had a really good time in the afternoon sun.

And no, the car does not have two fuel caps, I just happened to draw the top one before I realized it was right where that chrome stripe should be, so I drew another one. Bonus.