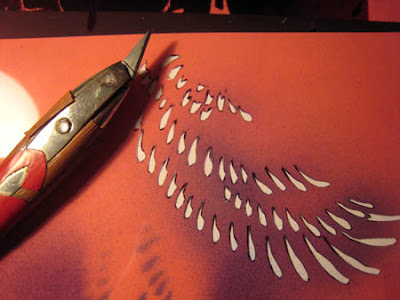 I did a different take on the imagination drawing thing here. I took one day off the sketchbook plan, to make my Christmas cards. I figured since those are drawn from imagination too, they kind of fit into this December scheme of mine, even if they don´t end up in the sketchbook.

I make a batch of Christmas cards every year, and 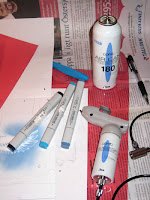 I used to make them with lino cuts, but I grew kind of tired of printing so many, since I don´t have a press. Lino cuts are fun to make, as long as you don´t have to make over 40 copies by hand… The last few years I have used stencils and Copic Airbrush instead. It´s an easy and fun (though not very cheap) way of multiplying an image.

What got me started with stencils in the beginning was the 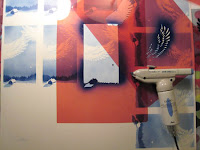 street artwork of such amazing artists as Banksy and Shepard Fairey and others (see links for inspiration below). With spray cans and stencils you can make amazing stuff, but it´s not very practical for making a few cards, what with the solvents and smell and all, so the Copic airbrush is a good replacement for the spray cans. You get kind of the same grainy spray results. 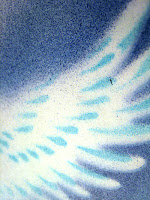 out different compositions. When I´m satisfied, I make a more finished drawing of the motif, in it´s right size, and then I trace it on to plastic films to make the stencils – one film for each colour. Then comes the most boring part – cutting out the stencils. It takes some time and patience to get a good result here, but once you´re done you enter the fun zone. Now you just spray away and the finished cards start piling up!

For some nice stencil inspiration, check out
Shepard Fairey
Logan Hicks
Banksy
or check out the Off the streets gallery over at Stencil Revolution.

Sveavägen in the cold 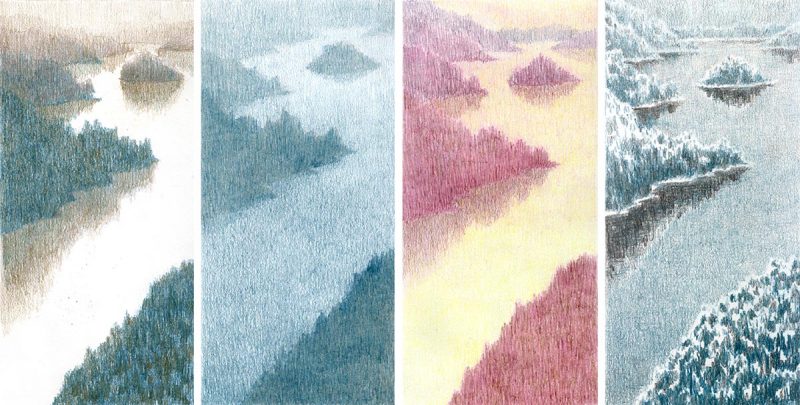 The same view, over and over