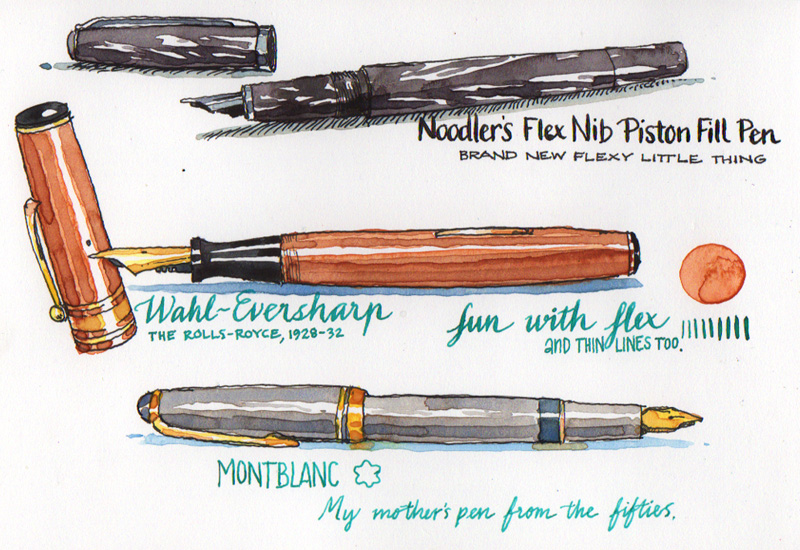 I´ve been having quite the adventure with fountain pens during the last few weeks. The Noodler´s Flex pen started the whole thing. I have drawn with Lamy Safaris for years, but I had never tried a flexible fountain pen before, and I have had some good fun with the Noodler´s pen.

Then for some reason I remembered my mum´s old Montblanc that she gave me when I was around 17-18 years old, and I decided to find it to see if it still worked. My dear M helped me looking for it, but instead of the Montblanc, we ended up finding some other old fountain pens in a box full of junk. They were all in horrible shape, completely unusable, but one of them was quite a beauty, an old Wahl-Eversharp. I searched the internet and found some info on it, and in the process I realized there are actually people out there who repair fountain pens. Well whaddya know!

We sent the Eversharp to Björn at Pennspecialisten (www.pennspecialisten.se) in Malmö, the only person we could find in Sweden that does this kind of work. And lo and behold, the pen came back as good as new! The filling mechanism had stopped rattling around inside, the old rusty and broken nib was gone, and on the pen was the most beautyful vintage Eversharp flexible nib. This pen is now a soft creamy dream to draw and write with. The line variation is fantastic (check the drawings – I´ve written a few words with every pen), and it beats the Noodler´s completely in smoothness and ease of flex (now, there´s a new expression for you). Of course, there are some drawbacks to a pen like this if you like drawing the way I do: you don´t bring a somewhat rare pen from the thirties out sketching, and you don´t fill it with waterproof black fountain pen ink either. 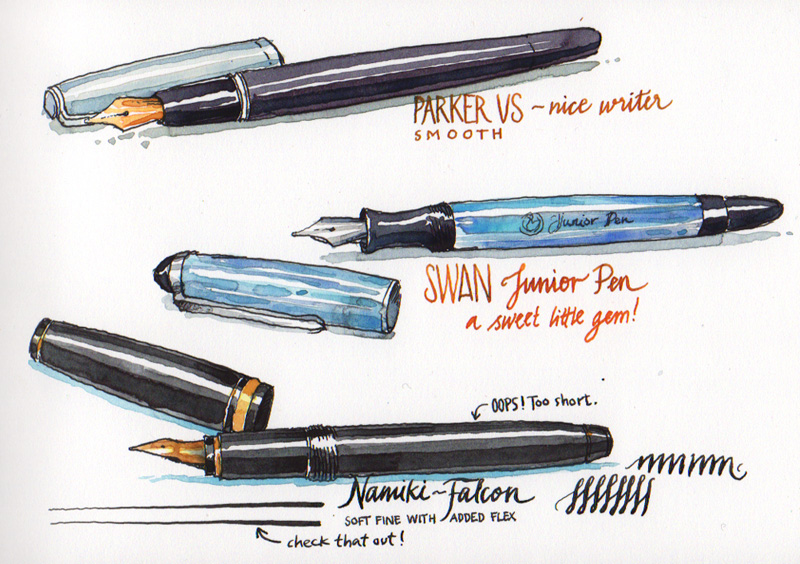 Anyway. Eventually, we found the Montblanc. It was leaking, but otherwise ok. We decided to let Björn work some more of his magic, and sent it to him, along with two of the other oldies that we found. Again the pens came back in fantastic shape. I´m amazed at the fact that someone is able to pick these things apart and mend them! Hats off for this man´s craftmanship.

The Wahl-Eversharp pen has made quite an impact on me. While the Noodler´s pen is sturdy and fun to play around with, this old beauty lets me draw with such ease and flow – I have never drawn with anything quite like it. I started dreaming of finding something similar, but preferably new, so I don´t have to worry about destroying a treasure if I drop the pen. Pilot Namiki-Falcon turned out to be the answer, but that´s another story, well worth it´s own post.

[…] Nina Johannson has some fountain beauties […] 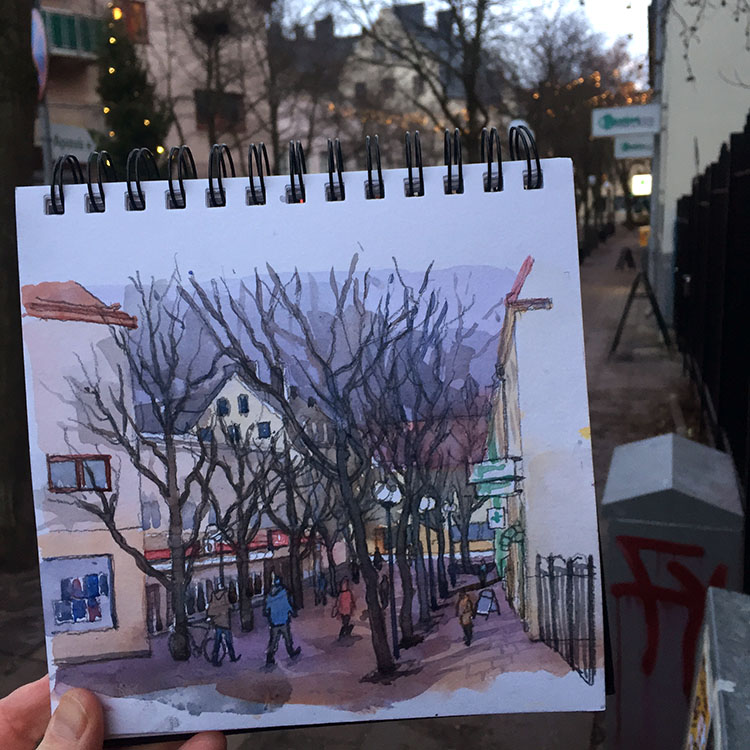