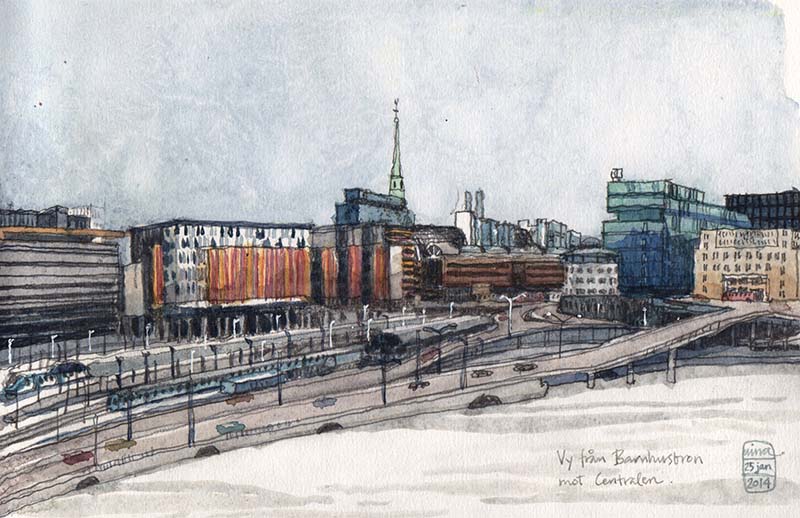 I have read about it here and there on the internet, and wanted to try it, but never got around to it until now – painting watercolours with vodka in low temperatures. I have been trying out all sorts of different tools for winter sketching outdoors, because the watercolours never dry and even tend to freeze up on the page. But while coloured pencils and PITT artist brush pens and whatnot work fine, they all feel like a bleak replacement for watercolours. 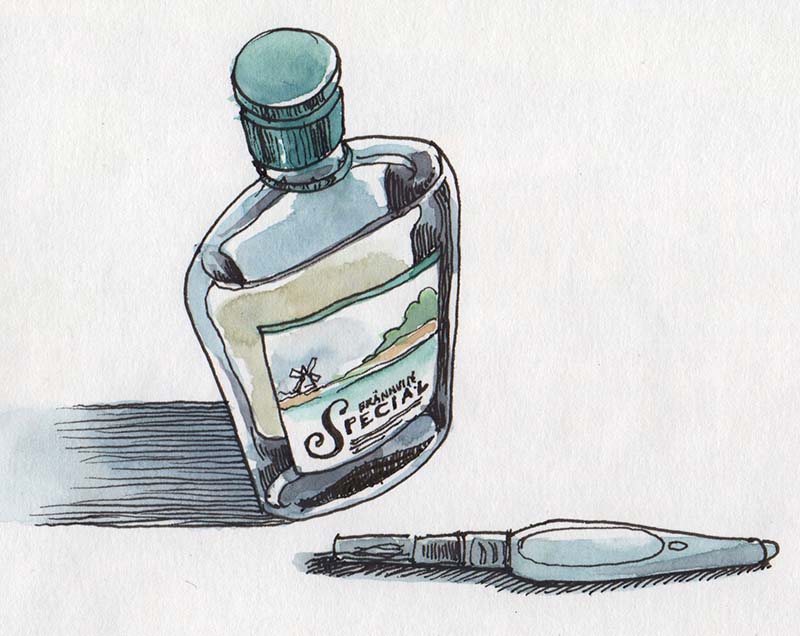 So today I took the plunge and went out to try this at Barnhusbron in Stockholm. I passed by Systembolaget on the way and bought a small bottle of the cheapest vodka I could find (must have looked a bit desperate). I filled up a waterbrush with 50/50 water and vodka at a parking lot (very desperate indeed), and painted away as usual. And lo and behold – it works! The colours didn´t freeze on the page, and they dried incredibly fast, at least to a state where you can close the book without smudging the opposite page. Fantastic!

I was a bit worried that the vodka might smell very badly, or that the alcohol would make the colours go through the paper, but no such thing happened. I could detect faintly, by smelling, which of my two waterbrushes I had vodka in, but no smell whatsoever from the sketchbook page afterwards. The sky in my sketch got a funny, almost granulated look, and the paint felt a tiny little bit thicker than usual, but still runny and smooth to work with.

This simplifies my winter sketching gear a bit. A pencil (because fineliners freeze after a little while), a waterbrush or two filled with vodka and water, and a small box of watercolours. Neat. 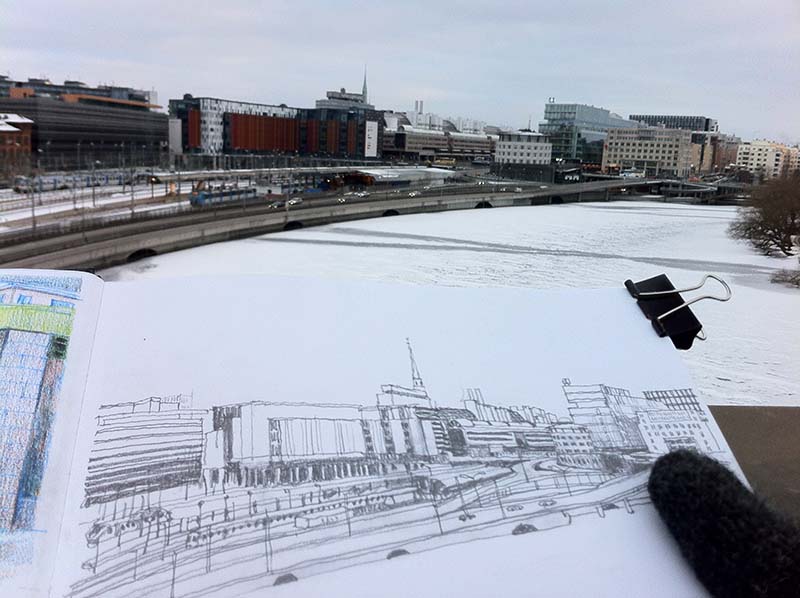