One of the evenings in Las Palmas, I went out drawing with fellow urban sketcher Ale. We walked a dusty and rocky path up to the top of the hill at Las Coloradas, and were met with a fantastic view over Las Palmas. (Click the images to see a bigger version.)

I tried to be quick here (because Ale is – and I am a firm believer of getting out of your comfort zone, so I followed his example…), so I worked mostly in watercolours with a big brush. I guess you could say this is sort of visual note-taking of a city – there aren´t many actual details in there when you look closer: 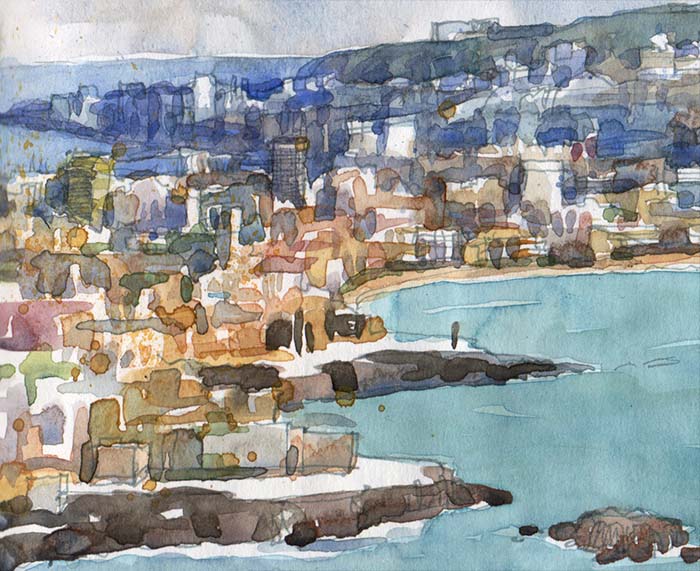 After the grand view of Las Palmas, we headed down to Triana, an older part of the city, and tried to get in to the Gabinete Literario to draw the interior, which is quite fantastic. It´s the kind of interior where you want to slip into a gala dress and make an unforgettable entrance down the red carpet staircase! 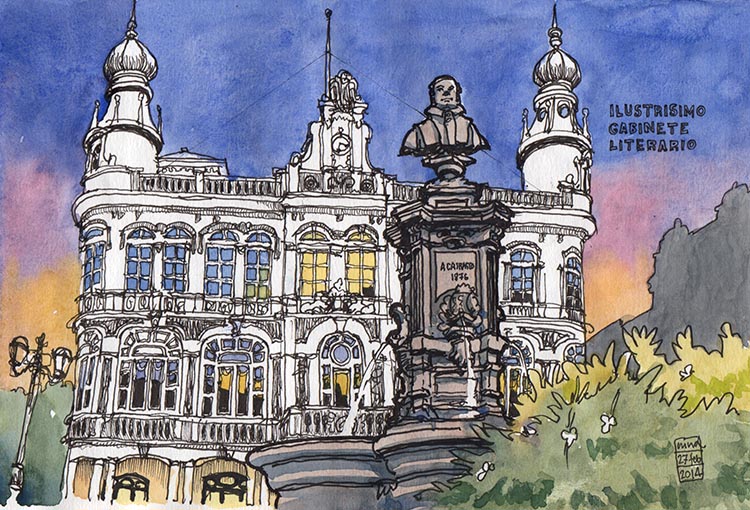 But alas, you needed a permission for photographing and drawing in there, so we made do with the front façade instead – which I have to say looks ok too. 😉
I only had time for the actual drawing part of this, and added the colours later.

And Ale, thanks for a great tour around the city, and for splendid drawing company! 🙂