Scroll above to see some details of Purvis Street, Singapore!

During the Urban Sketchers symposium in Singapore, I had the chance to participate in one workshop from another instructor, and I chose Lapin´s “180° – all you can see”, where you work with a wide angle way of looking at the world.

I have tried wide angle drawing before, but in a more scientific way, almost in the area of technical drawing, which is not my preferred way of working. I just don´t have the patience to measure and make everything perfect! So I was curious to see Lapin´s take on this, since I know he works quite fast, and I don´t think I ever saw him holding up a pen to measure anything, which gave me hope that this could suit me fine if I could just wrap my brain around it. 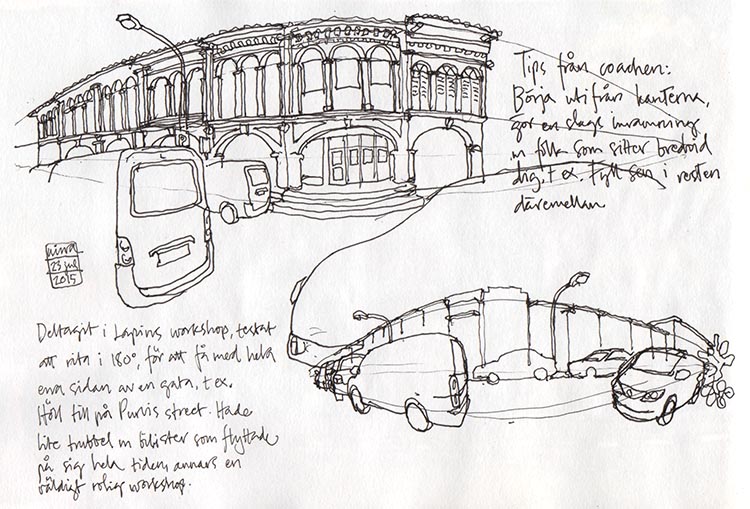 We started off doing some quick sketches to understand the concept of the 180° drawing. One thing I discovered already at this stage, was that modern cars are easier to draw if you are allowed to twist them a little through a wide-angle filter. 😉

After this, we drew some small details from the street, and then we went on to do the whole view of Purvis street in one spread of a sketchbook.

I was great to see everyone else´s take on Purvis street! It´s so funny in these workshops, that even if everyone is trying to follow a concept or an idea of how to work, you are still going to see as many styles and temperaments in the sketches as there are participants in the group! 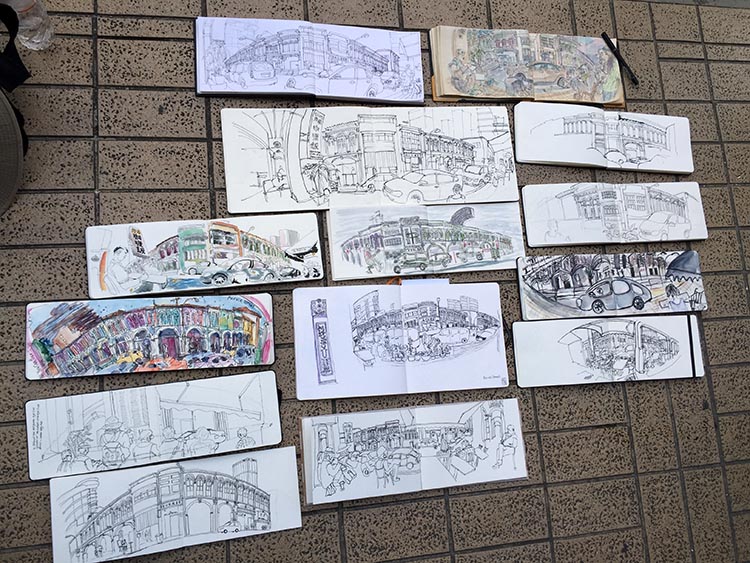 A great thing in this workshop was that we had quite a lot of time to do the final sketch. Usually, in a workshop, you are a bit short on time, and you have to see it as a learning opportunity and then keep trying out what you learned on your own, afterwards. But here, almost everyone got a complete view of the opposite side of the street at the end of the workshop. Not everyone got around to add colours (me included), but I headed back some days later to do that. 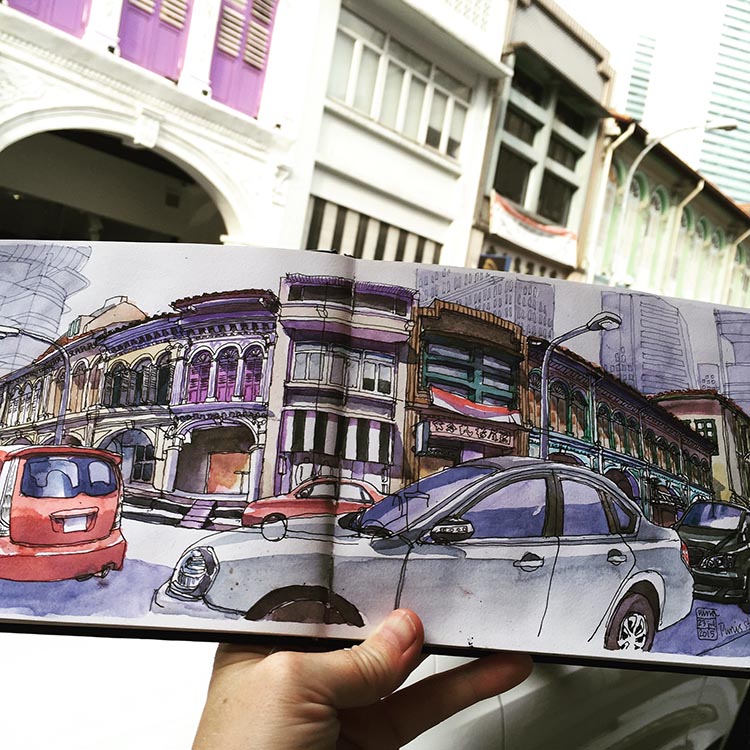 Tired of the reindeer?